Congratulations to the year 8 girls netball team who finished runners up in the Merseyside School Games Netball Tournament. The girls only lost 1 game all day which was the final to Wirral Grammar A. The girls beat All Saints 21 – 0, Greenbank High 11 – 2, West Kirkby Grammar 12 – 5, Alsop… Read more »

Congratulations to Katie Fairclough in year 9 who has been selected to play for the Great Britain Junior Women’s (Under 18s) team in the FIRS World Inline Hockey Championships in Italy in June 2016. Katie has been training with the Great Britain squad in preparation for the championships.

Congratulations to our Y7 boys’ rugby league team who are through to the quarter finals of the Champion Schools National Rugby League Tournament after beating Fredrick Gent 30 – 4. The boys will now face St. Peters from Wigan with a chance of reaching the semi-finals of the national competition. We wish them all the… Read more »

Congratulations to former student Rachel Woosey who made her full England Women’s U20 debut against the British Army. England won the game 41 – 12 with Rachel scoring two tries in a side which gave 16 players their first caps. Rachel has also been selected to play France U20s on Saturday 5th March at Esher Rugby… Read more »

Congratulations to Katie Fairclough in year 9 who has been selected to play for the Great Britain Junior Women’s (Under 18s) team in the FIRS World Inline Hockey Championships in Italy in June 2016. Katie whose passion for Ice Hockey comes from playing roller hockey for Glossopdale Devils in the under 12s and under 14s… Read more »

Congratulations to our Y7 and 8 Boys and Girls Indoor Athletics teams who all participated in the St. Helens leg of the competition. Our students represented the school proudly and performed superbly across the different track and field disciplines. Both year 7 and 8 girl’s teams finished first in their competitions along with our year… Read more »

Fantastic week on the football front this week with two of year groups winning their Merseyside Cup games to progress into the quarter finals of the competition. Year 9 started the week on Monday playing at home to Mosslands in game which our year 9s controlled for large parts leading 3 – 0. Mosslands hit… Read more » 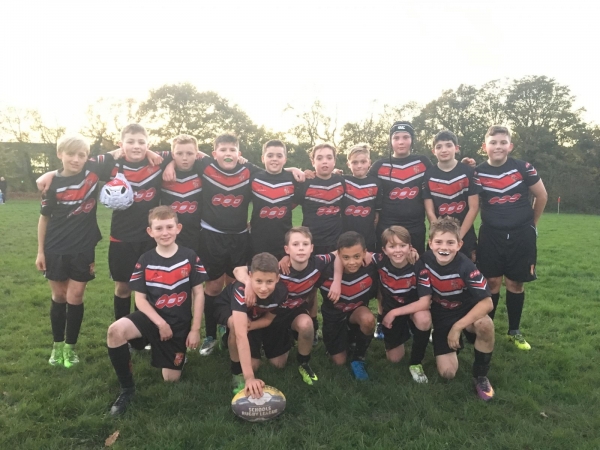 Congratulations to the year 7 boy’s rugby team who beat St. Marys High School from Leigh 22 – 6 last night in their first champion schools tournament. It was a fantastic team performance from the Rainford boys. After a close, evenly matched first half the Rainford started the quicker out of the two teams just… Read more » 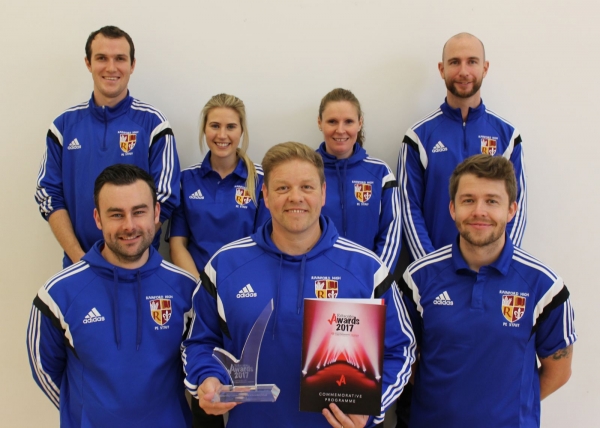 Rainford High School is celebrating a hat-trick of wins for their PE department at the prestigious ‘Educate Awards’, held at Liverpool’s Anglican Cathedral on Friday 17th November. The awards, in partnership with Copyrite Systems and Ricoh, is now in its sixth year and is the biggest celebration of education in the North West of England…. Read more »