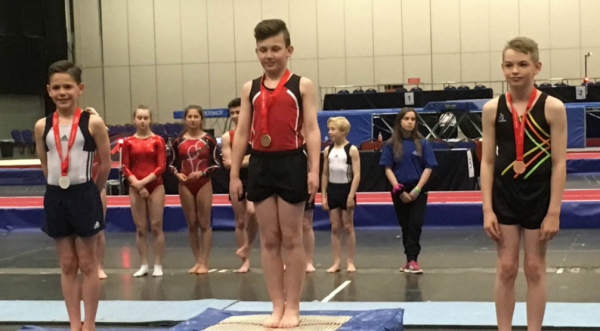 Jake competed at the Richo Arena in Coventry on 16th April for the Trampoline and Tumbling Spring Series 1, it was the 1st of 2 competitions where gymnast compete with the aim of qualifying for the British Championships.  Jake came 3rd overall and qualified for the British Championships which will be held at the Liverpool Echo Arena on 1st, 2nd, and 3rd July later this year.

Jake has already qualified for the British and his focus will be to improve on his score from Coventry. Jake has also received a letter from the British Gymnastics confirming he had been selected for the 2016 Tumbling National Junior Squad.  The focus of the squad will be selection for junior international competition later this year, with the longer term aim of preparing for selection for the 2017 World Age Group competition in Sofia, Bulgaria.